The Biggest Problems with Woodworm Infestations

Woodworm is a problem that can affect homes and businesses around the UK.  The term actually refers to a series of species that all have similar habits – they lay their larvae in the grain of the wood, these eat your timber for some years until they develop into a beethe which then bores out. Unfortunately when you see a hole in wood, the damage has been done. All species of woodworm can can cause damage if left untreated, though some more than others.

Here in the UK, there are four main culprits that are to blame for woodworm infestations – the Common Furniture beetle, the Deathwatch beetle, the House Longhorn Beetle and the Powder Post beetle.

Each is a little different but all have the same four stages in their life cycle – egg, larva, pupa and beetle.  The middle two stages are the times when they cause damage to wood and their appearance is the reason people call them ‘worms’. 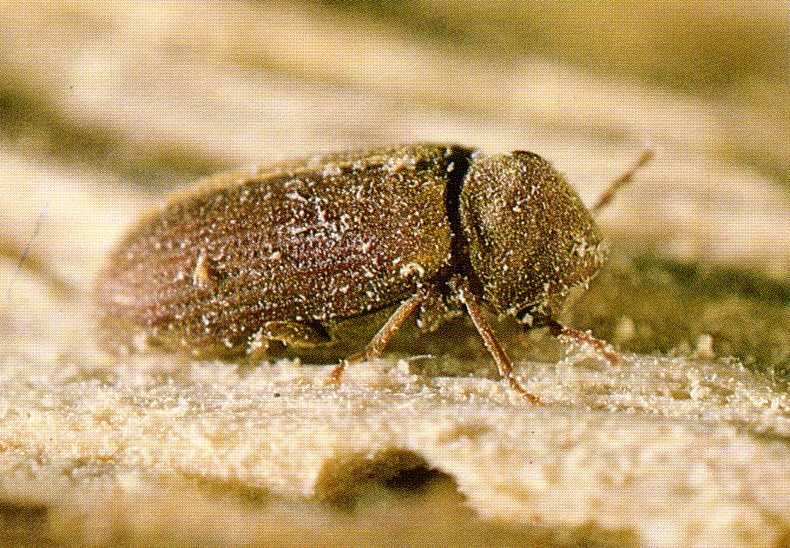 If you have a woodworm infestation, this is the most likely bug to be the cause.  These beetles are around 3-4mm in length and appear in warm sunny weather.  Their name indicates they infest furniture but the reality is they will infest any type of wood from roof timbers to musical instruments and will consume both hardwoods and softwoods. 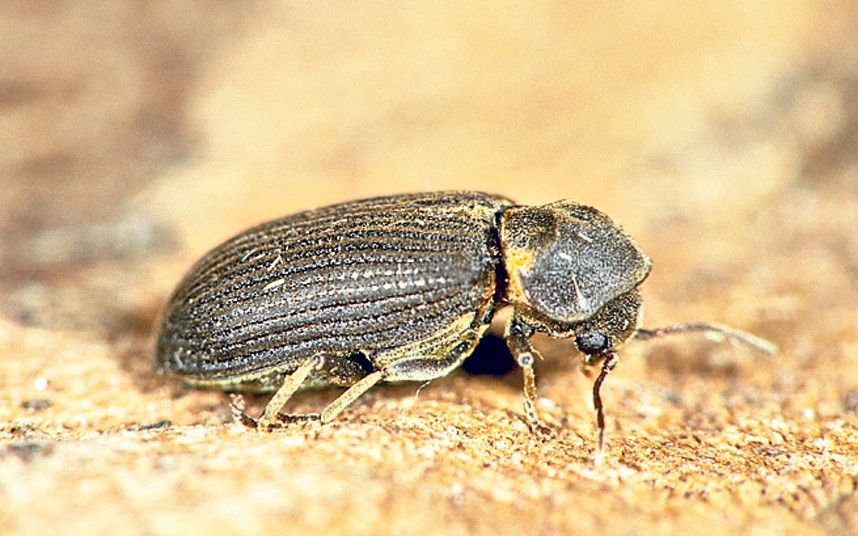 This beetle tends to be found in southern and central England but can turn up anywhere there is old hardwood.  The name comes from the strange tapping or ticking noise that the beetle makes to attract a mate.  They are 5-7mm in length and a dark reddish-brown colour.  They tend to favour hardwoods such as oak, ash and sweet chestnut that have suffered some fungal decay and are often found in historic buildings and churches.

Another common pest around the country, this is a hardwood beetle that prefers woods such as oak, elm and walnut.  It is 4-7m in length and a reddish-brown colour.  If left untreated, they can reduce wood to a fine powder – hence their name. 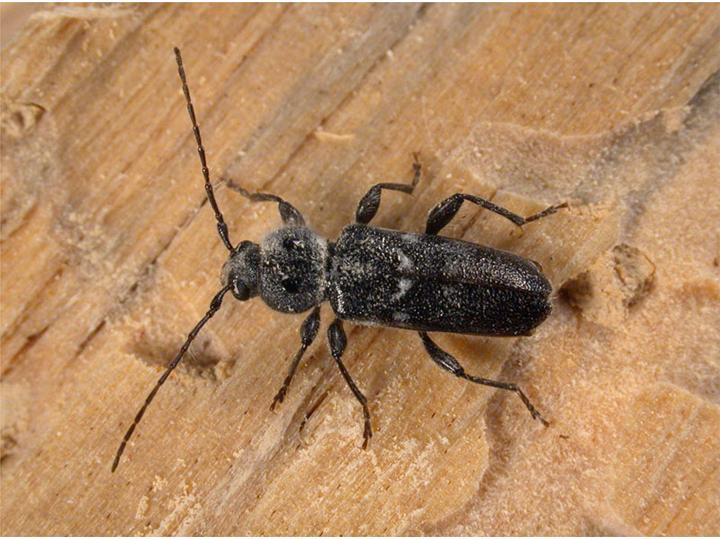 This is a European beetle that has made itself common in the UK, mostly in the south-east of England around the Surrey and London areas.  It is black in colour.

While the signs can be a little different for each of the beetles, there are some general symptoms of a woodworm infestation that can help you spot the problem and call in an expert.  Most damp expert companies will offer woodworm infestation services as the two are connected in many cases.

Primary signs of an infestation include:

You might also see the adult beetles emerging from the wood, usually between May and October and there may be dead beetles.  You can even spot other beetles that eat the woodworm beetles – if their food is present, so might they be.  One example is the Steely Blue beetle that eats the Common Furniture Beetle.

A few little beetles appearing around the house might seem unpleasant but doesn’t necessarily strike you as a big enough issue to call out someone to deal with it.  But the problem with woodworm is that they can cause a serious amount of damage if left unchecked – and most of it, you can’t see.  Most infestations happen due to a combination of the kind of wood present being what the beetle’s favour and there being a damp problem – hence the reason that damp experts deal with woodworm.

For example, Common Furniture beetle females like wood that is around 28% moisture content and this is a similar content to that required for dry rot fungus to start to spread.  If you have a source of damp in your home, this creates higher moisture levels and makes for a better environment for the beetles to breed.  It also leads to other damp related problems such as black mould or wet rot.

Some woodworm infestations in furniture are a nuisance more than a real problem, but an infestation of the House Longhorn Beetle can be extremely serious and can infect all of the major softwood timbers in your home.  In other words, the very structure of the property especially roofs timbers.  But even minor infestations should always be checked by an expert such as Tapco HomeDry, because much of the problem isn’t visible without the right knowledge and equipment. If you wish to know more about treatment, please read our complete guide here.