For anyone who has owned, lived in or even working in a period property, the issue of damp will be a familiar one.  Older properties were built with different methods than those used today and they have an increased tendency to experience problems with condensation and damp.  Because there are some four million properties from the Edwardian and Victorian eras, this means damp is a common problem in properties around the UK.

Despite the initial panic for homeowners and business owners at the mention of the word ‘damp’, things often aren’t as bad as they seem.  Here is our guide to damp proofing period properties as well as some helpful hints on spotting these problems at an early stage.

What is a damp proof course?

A damp proof course or DPC is a horizontal layer, added to the base of a wall of a building, that is made from an impervious material.  It is usually located just above ground level and is aimed at stopping capillary action – where moisture is absorbed through the brickwork.  There have been many types of DPC used at different periods including slate, bitumen, hessian and jute but the modern system uses plastic membranes or chemical injections.

What is an ‘old’ property?

To understand the likely problems your home may suffer due to damp, it helps to understand the different eras of homebuilding and how damp proofing was approached during these times.  Older properties are defined as those that predate the 1940s with the different periods prior to this including:

While the Georgian home builders were very conscious of good ventilation and trying to keep moisture levels in a home to a minimum, there was no formal system for damp proofing at this time. 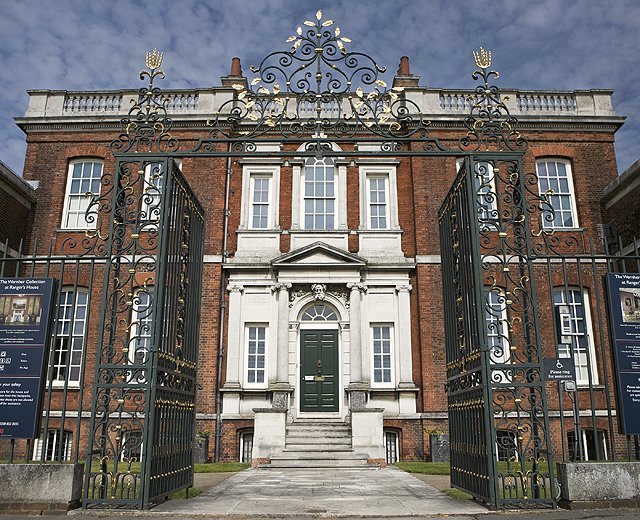 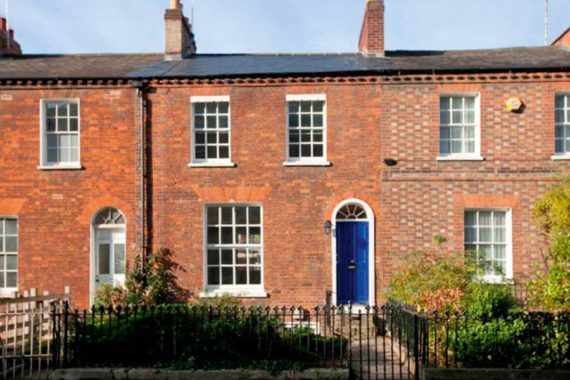 Later in the Victorian period, cavity walls were first introduced.  This involves two layers of wall with an outer leaf that protected against the weather and an inner leaf that was used for decorating as it remained dry.  The air between the two was meant to stop damp passing from one to the other and act as a moisture barrier.

In 1875, DPCs become compulsory in London and slate layers were also used.  However, the cavity walls from this period can be prone to deterioration and this can sometimes mean that the DPC level is no longer correct.

Air bricks were also introduced during this period.  Originally made from clay, they were used in walls and under floors to help increase the amount of air in a building and to offer better ventilation.

During the Edwardian period, most homes did have a damp proof course including using bitumen, slate and sometimes even hessian.  Engineering bricks were also used to create a barrier but these styles of DPC can fail over time. 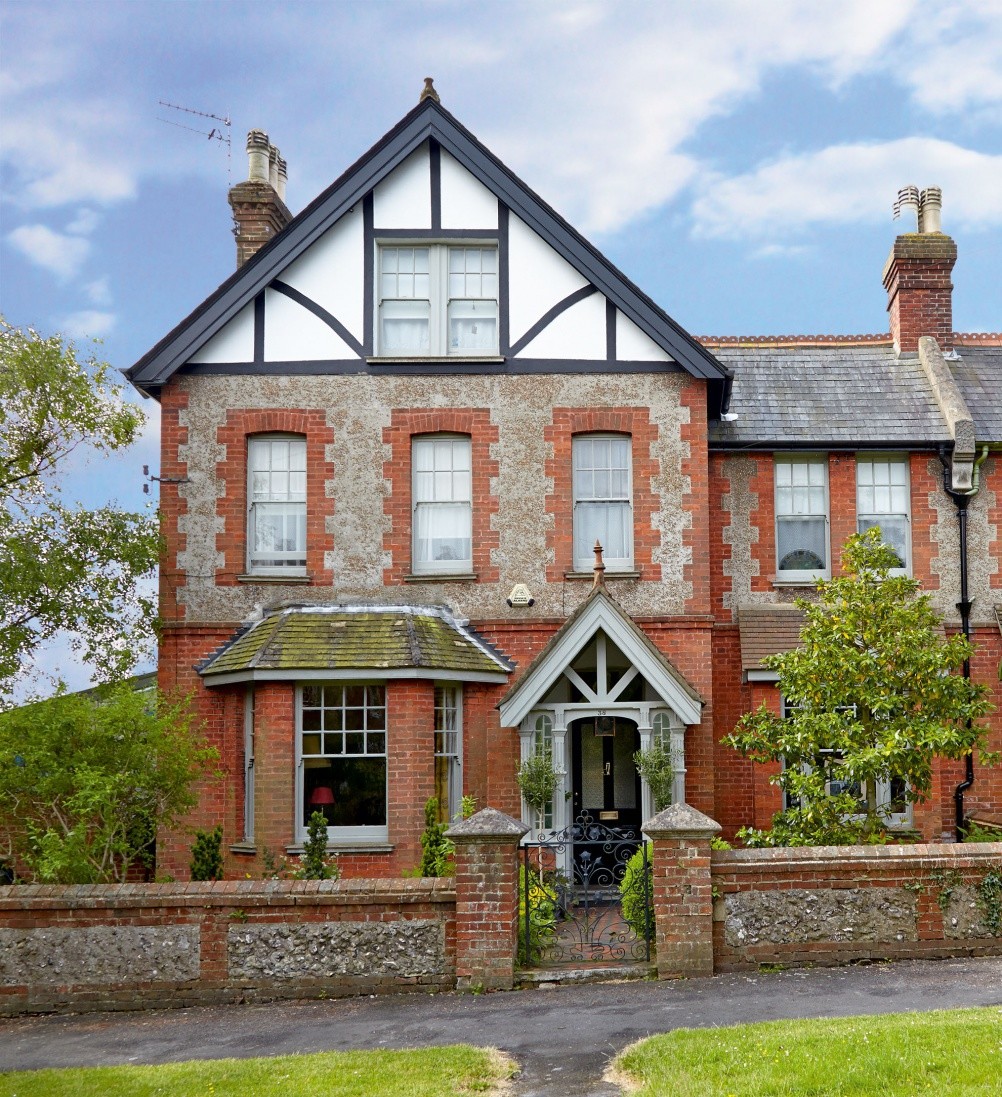 This is where there is a temperature difference that creates moisture, often due to cold, solid walls on old properties.  Condensation may seem innocuous but leads to a number of problems and happens due to poor ventilation.  In period properties, for example, fireplaces may be blocked and this can lead to poor ventilation.  Condensation most commonly occurs on walls where it is visible but can also happen under the floor, especially where timber is involved.

This is a type of condensation that happens when moisture forms on cold surfaces such as windows or walls.  It then leads to black mould being visible on the surface.  Condensation can also occur where warm air in the home tries to move to an area of lower vapour pressure such as the outside of the property and instead enters the structure of the property.  So if the moist air cannot move through the external walls, it becomes trapped inside.

The outer skin of a building should be airtight for regulations but also vapour permeable.  This means moisture can get through it to escape outside.  Otherwise, when the air reaches a set temperature, it turns into water – known as interstitial condensation.  It is common inside walls, under floors and in roof spaces and can lead to major issues.  Wall insulation is key to dealing with this problem.

Penetrating damp happens when there are structural issues such as cracks, blocked guttering, badly placed guttering or broken brickwork.  Chimneys and roof areas are the most susceptible to penetrating damp – when rain enters through these weaknesses.  Older properties often experience this kind of problem and prolonged periods of rain can lead to serious problems including structural damage.

Any property can experience problems with damp and the issues caused by these situations can affect anyone.  These include:

Damp problems can also have another side effect – it damages the energy efficiency of the property and means you lose heat through the walls when they are damp.  This can increase your utility bills.  In fact, a report by RetroFit Buildings showed that homes with solid walls at a low level and experiencing damp could see as much as 38% heat loss.

By the fact that they are still standing, older properties are well constructed and withstand the test of time.  But the problems often occur from a lack of understanding in the past of problems around damp and how they happen.  Other times, later amendments to the property have been done without thinking about the possible damp consequences to the changes.

While there are some potentially serious issues around damp with old houses, you shouldn’t let this put you off completely if you are considering buying one.  Instead, you need to have a survey conducted on the property that can spot not only existing problems but also ones that can lead to damp in the right circumstances at a later date.

These are known as damp surveys and are designed to look for rising and penetrating damp, problems that lead to problems that could make the property vulnerable.  We believe there is no simple fix that applies to every property and that’s why we survey each one and formulate recommendations, based on what we find, not what we think.

Be cautious with home surveys

When it comes to getting that damp survey, be cautious with who you allow to do it.  While many companies may offer ‘comprehensive’ surveys, this doesn’t always mean that they are qualified, damp experts.  You always want to ensure that the company you are dealing with are specialists, established and qualified in the area and not merely generalist who hope to spot damp problems.

The Property Care Association (PCA) provide the strict code of practice and qualifications for damp proofing surveyors and anyone without this shouldn’t be considered.

Due to the design of Victorian houses, for example, misdiagnosis is a common problem.  Over insulating the properties and having insufficient ventilation often leads to condensation problems but these can be misunderstood and instead labelled as other types of damp.

Rising damp, for example, is not always a problem in these types of properties.  You may have been told that you need a liquid DPC injecting into your property but often, damp courses are sound and therefore don’t need to be replaced.  In most cases, the DPC will have been bridged by a change in ground level or rubble within the cavity wall.

If rising damp does turn out to be the problem, then you want an expert to install a chemical DPC as well as to make sure that any current plaster is removed.  Walls should then be re-rendered to ensure salts don’t reappear.  Always have an expert undertake this task as, done incorrectly, it can damage the fabric of the building and is very expensive.

For people who already own a period home, then it is important to understand the era in which your property was built to better understand its vulnerability to damp.  You will already know its quirks and funny little features and this also helps you understand these better.

For example, period properties need to breathe – this means they expand as they warm up on a morning and contract as they cool in the evening.  Changes in pressure aren’t’ t dramatic but there is enough that water vapour can be transferred from inside to out to ensure a constant atmosphere.

However, the use of modern paints and treatments can stop the property breathing correctly.  Often these are applied unnecessarily and the use of damp proof or waterproof paint is the cause.  These aren’t compatible with the soft and porous nature of your walls and leads to issues.

How to deal with damp – do’s and don’ts

How we can help

At Tapco HomeDry, we use the highest quality products and proven systems that will help deal with damp problems in older properties, not make things worse.  We can help deal with existing problems, prevent their occurrence or even assist when you have had misdiagnosis.  Simply get in touch and we can start our process of assessing your property and seeing what we need to do to help keep it strong for many more years to come.