How to Prevent Condensation in your Property

By tapco on 18th November 2015 in Condensation Control 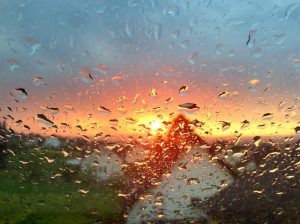 We’ve all seen condensation in our homes. It’s the little droplets of water that form on our windows and mirrors. It always happens when you have a shower or boil the kettle. Just think for a second about how much moisture settles on the glass after a shower. Now, consider that the same amount of moisture is clinging to the walls all around. Condensation is often a hidden problem. But eventually, it will create very real and visible problems.

The average household produces a staggering 112 pints of moisture a week. All of that has to go somewhere! Unfortunately, much of it gets into the walls and causes damage. It will eventually lead to peeling paint, damp patches, and – worst of all – mold. Here’s how you prevent the worst of the problem.

Ventilation – It’s all about making sure the moisture in the air can escape from the home. Rather than bury itself in the walls, you want it to leave the property! Keep a steady flow of air coming in through the windows. Keep them wide open (especially when cooking and showering). Even during the winter, get into the habit of opening windows when you’re not using a room.

Dry your clothes outside – One of the biggest causes of condensation is drying clothes. We often leave them over radiators or hanging from clothes racks. As you can expect, all the moisture from the clothes will escape into the surrounding walls. Eventually, it will lead to mold growth.

Install extractor fans – Extractor fans are a fantastic way to draw moisture away from the walls. You’ll often see them above ovens to capture condensation from boiling water. Most people have one in the bathroom to help suck away the moisture after a shower.

Wipe away moisture – One of the simplest tricks in the book is wiping moisture away. You’ll often wake up on a cold morning with condensation all over the windows. Get a towel and simply wipe it away. It stops it from spreading too far and getting worse. Do the same on the mirrors, and any particularly wet walls.

Insulation and heating – Keeping condensation away is a careful balance of ventilation and heating. If you keep the house nice and warm during the winter, you should avoid the worst of the condensation. It keeps the surfaces in your home warm, so that condensation can’t so easily build up. Go back and forth between keeping the heating on, and opening the windows. It might seem counter-intuitive, but it works.

Don’t let condensation build up. It will slowly turn to mold, and lead to long-lasting trouble in the home. It’s a difficult problem to cure, but you can keep it at bay.